Notify me when back in stock

With the ability to locate a range of cables and pipes, buried up to 10 metres underground, the Testrix U-Loc cable and pipe locator sets a new standard in the detection of underground services and utilities.

The locator (receiver) is constructed from a monoblock ABS, with an IP54 rating, which allows the device to be used in rain and outdoor conditions. The heart of the Testrix U-loc is its large graphical display, which takes much of the guess work out of locating buried cable and pipes by presenting the information in a simple map display, guiding the operator to the location of the buried cable or pipe and also displaying the direction of the utility. When the locate object is centred in the display, current and depth measurements are both automatically displayed on the screen together.

For longer and deeper locates of up to 10 metres deep, the Testrix U-Loc offers a high powered 20-watt transmitter as standard in the kit. Not only is the transmitter powerful, but also small and lightweight, enclosed in a tough field case for easy transportation on site and easy connection to a wide range of services, using either direct connect, signal clamping (with the included 100mm signal clamp) or spill induction (by placing the transmitter on the ground with no physical connection). The U-Loc transmitter also has the ability to emit a continuous or a pulsed signal, for easy and positive location of the connected service.

The Testrix U-Loc can be easily utilised to locate in either passive or active modes. Passive modes allow the locator to be used as a standalone instrument to locate live power cables underground without the use of a transmitter. In this mode, the U-Loc locator can display both current and depth of the buried cable.

In active locate modes, with the use of the transmitter, the U-Loc is able to locate a wide range of services. The higher power of the 20-watt transmitter makes location of services easier as the higher power is able to overcome high resistance sections within cables and metal pipes, making location of power cables, telecoms cables, communications cables, and metal pipes possible. Additionally, the Testrix U-Loc receiver has a 512Hz sonde frequency, making it a suitable choice for location of Testrix sewer and drain camera systems, as well as other brands using a 512Hz transmitting sonde in the camera head. To facilitate the location of different services, the Testrix U-Loc is equipped with a number of low, medium and a higher frequency.

The Testrix U-Loc locator is also equipped with in-built GPS which is able to save GPS data points and logs on demand and can work with both GPS and GLONASS systems. The memory is able to store up to 2,300 data points, which can be downloaded to a PC via the included Testrix Map software. This allows you to add the GPS and data to Google maps for presenting survey reports to clients.

A number of locate modes are designed to make pinpointing underground services faster and easier for the operator. These modes encompass peak and null modes of operation, with graphic displays to aid with pinpointing of buried cables and pipes, even in congested infrastructure where there are multiple signals and locating becomes more complex. Additionally, the operator has the option of enabling on screen messaging which will display on screen guidance to the operator, removing some of the guess work out of locating.

The Testrix U-Loc kit is supplied with a locator, 20-watt transmitter, 100mm signal clamp, direct connection leads, earthing accessories, PC software, USB cable and user manual in a carry bag. Both the locator and the transmitter also have their own individual custom carry bags for even better protection. 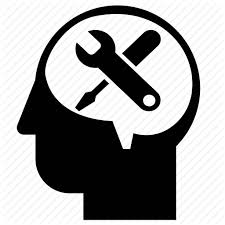