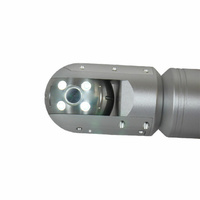 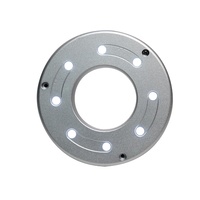 Add to Your Order

The Testrix TX-60PT is a push rod pan and tilt pipe inspection camera system, designed for conducting inspections and surveys in a range of drain and sewer pipes, as well as other pipelines where internal inspection is necessary. Unlike the standard fixed cameras, which can only image in a forward direction, the TX-60PT is furnished with a full pan and tilt camera, which can rotate a full 360 degrees in it's horizontal axis, and 180 degrees in the vertical plane giving the system's operator the ability to position the camera in any side, forward, overhead or downwards position within it's axis. This makes the Testrix TX-60PT system invaluable for pipe or void inspections where the ability to "look around" is required.

The push rod is manufactured from a stiffer 9.5mm thick fibreglass reinforced body, with a waterproof PVC outer layer. The extra thickness of the rod is paramount in being able to push the fully assembled camera and skid over longer distances without the rod flexing excessively and the entire push rod assembly is wound around a stainless steel cable drum with an integrated wheel brake and a larger wheel set for easier transporting of the equipment to and around job sites.

The camera head comprises a 50mm diameter pan and tilt CCD sensor which provides the system with a high quality video in real time, which can also be recorded to SD card for later playback or the video can be provided to the client for review as part of a survey report. The camera housing is manufactured from a lightweight industrial grade stainless steel, which offers improved weight distribution over traditional materials, making it easier to push over longer distances and maintaining a smoother path.

Many of our cameras are IP68 rated, including the pan and tilt versions, which permits them to be submerged in water. This gives the flexibility of being able to use a Testrix inspection camera system even in flooded pipes and voids. The pan and tilt camera system is designed to be used in larger pipes, predominantly over 150mm diameter (if using this system in smaller pipes, runs must be straight) and is supplied with skids, including a spreading skid, which is spring loaded and can automatically spread out in pipes from 140mm up to 330mm in diameter, although it can be used in larger pipes.

A 512Hz transmitting sonde is also supplied with the pan and tilt camera which permits the camera location to easily be pinpointed from above ground with one of our cable and pipe locators. By using our digital locator, it is possible to obtain depth as well as position. A 512Hz transmitting sonde is preferred, as it allows the signal to travel through a wider range of pipe materials, including cast iron and steel and a lower frequency signal is less likely to couple onto any adjacent services, which can distort the signal and affect the accuracy of the location.

The control box consists of a hard field case, manufactured from engineering grade polymers which gives both robust protection and a waterproof seal. Inside the control unit, a large 15 inch colour flat panel TFT monitor is integrated into the case to give easy viewing of real time videos, or even for playback of recordings. This screen also displays other useful information, including date and time as well as the camera's distance. The user has control of the pan and tilt functions for the camera via a keypad, as well as LED lighting levels, a keyboard for entering text notes and descriptions, and all recording functions. We have also installed 2 connection points, which makes it possible to add a second reel to this system, making it ideal for users requiring multiple reels for different applications.

The pan and tilt system, like all Testrix systems is powered by a rechargeable 12V Li-Ion battery pack for complete portability, giving a run time of more than approximately 260 minutes (4 hours and 20 minutes) per charge. Alternatively, where available, mains power can also be utilised. 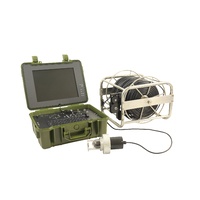 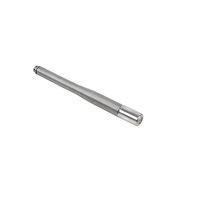